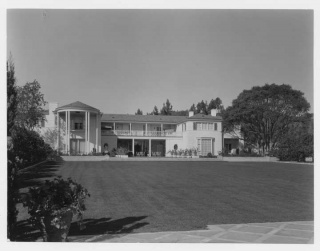 In 1968 hotel executive Barron Hilton purchases the residence Williams originally designs for Jay Paley. Searching Beverly Hills for a home large enough for his growing family and lavish entertaining schedule, Hilton selects this classic 1930s residence. Architectural Digest's photographic essay highlights the home's grounds, grand rooms and traditional elegance. (These pictures are similar to the hundreds Mott Studios supplied to publications when the house was first built--an example of a Mott photo is shown here.) Hilton modernizes and refreshes the interior, but leaves the Williams' design largely intact. Just as Paley enjoys a good party, the Hiltons note that "... the house has proven to lend itself well to all kinds of social activities." 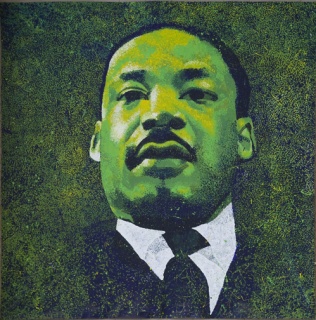 "It was a tragic bit of irony that he was killed. He was a lamb. He believed in turning the other cheek. When he had done that, he had only his life to give, and he gave that." Ron Lunceford, acting director of the Community Action Council of Los Angeles.

"Yesterday was another of those days of very special sorrow, which shocked a people into the kind of self-examination in which they should be continuously, rather than only occassionally, engaged." Dr. Roger Russell, vice-chancellor for academic affairs, UC-Irvine.

On April 4, 1968 Dr. Martin Luther King, Jr., charismatic American civil rights leader and winner of the Nobel Peace Prize is assassinated in Memphis, Tennessee while standing on the balcony of the Lorraine Motel. King is in Memphis to lead a march of sanitation workers protesting low wages and poor working conditions.

Dr. King's crusade for equal rights for African Americans begins with his participation in the Alabama bus boycott in the 1950s. Years later he delivers his historic speech—"I Have a Dream" during the March on Washington, D.C.  An advocate of Mahatma Gandhi's methods, King favors sit-ins and marches instead of physical force to affect change. He is often jailed for his efforts and survives attempts on his life including the bombing of his home.

In Memphis, King is shot and killed by James Earl Ray, a small-time repeat offender looking for notoriety. Ray flees the country and is captured in London, England after a two-month manhunt. He is eventually extradited to Tennessee. Ray confesses to King's murder but retracts his story and spends the rest of his life weaving intricate tales of conspiracy and intrigue to willing listeners.

The Lorraine Motel and the balcony, seen in this photograph, are an important part of the Civil Rights Museum in Memphis, Tennessee. 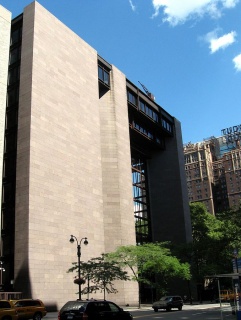 The Ford Foundation is a private foundation located in New York with the mission of advancing human welfare across the globe. Established in 1938 with a grant from Edsel and Henry Ford, the foundation now has assets of over $10 billion.

The Kevin Roche designed headquarters in Midtown New York opens in 1968 and is an immediate success with critics and New Yorkers.

With its glass enclosed atrium, lush terraced urban garden and peculiar cube-like shape, the building is considered one of the most successful post-war buildings in New York.