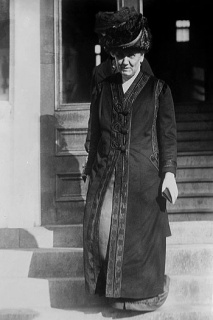 The April 1965 issue of Negro Digest describes a festival organized by Rockford College near Chicago. The festival celebrates "Creativity and The Negro" and includes "architectural renderings by Paul Williams, photographs by Gordon Parks and singing by the inimitable Josh White." This small liberal arts college with a new "forward looking" president in a convervative Midwestern city, organizes this festival reflecting the evolving societal attitude toward African Americans and their accomplishments.

Jane Addams, awarded the 1931 Nobel Peace Prize, was a Rockford College alum. Seen here she is remembered as a pioneering social worker and feminist. 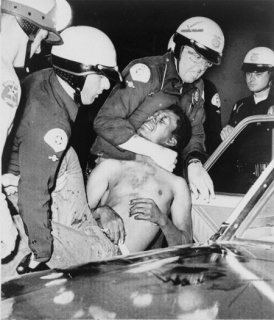 "The incident and the arrests which triggered the riot last Wednesday night were only incidental. Because the psychological fires of frustration had been smouldering in the minds of thousands of deprived citizens of Watts and other areas, and it was going to happen some day, anyhow... In all fairness, a little progress had been made ... But the image of the police department in the eyes of most of the Negro community is still bad." 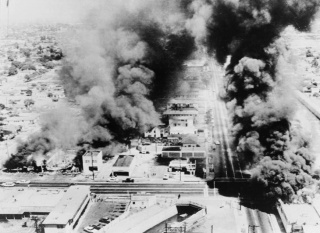 On August 11 riots break out in Watts, a predominately African American neighborhood in South Central Los Angeles in reaction to a police officer pulling over a black motorist. The riot lasts 6 days and results in 34 deaths, over 1000 injured and $50 to $100 million in property damage. Nickerson Gardens, a 1954 housing project designed by Paul Williams, is an ignition point of the conflict. Though the riots started as a minor traffic stop, the riot is seen as a symptom of deeper racial problems on the local and national level.

This photograph shows the widespread destruction in Watts. 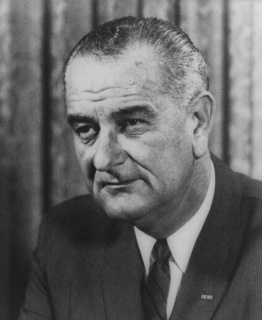 President Lyndon B. Johnson (pictured here) signs the Voting Rights Act of 1965 into law prohibiting the denial or abridgement of voting rights because of race or color. This act was passed to enforce the 15th Amendment to the Constitution and had an immediate impact. By December 1965 a quarter of a million new black voters are registered.